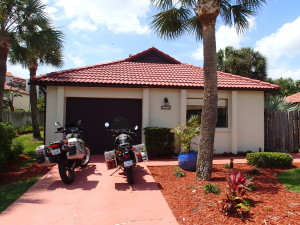 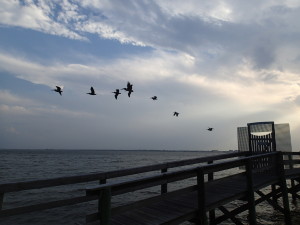 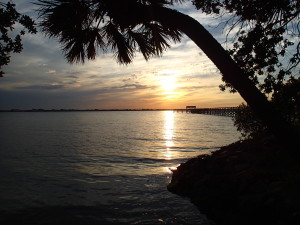 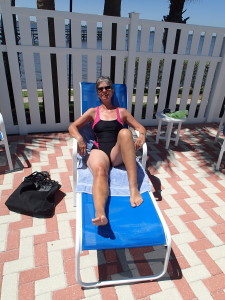 Enjoying the pool in Melbourne Beach 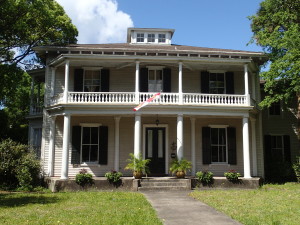 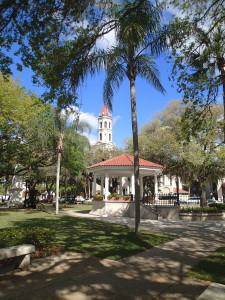 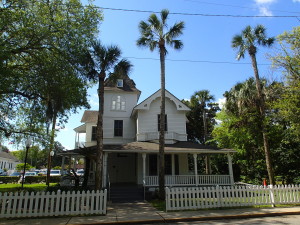 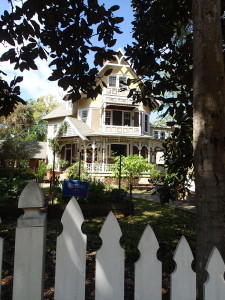 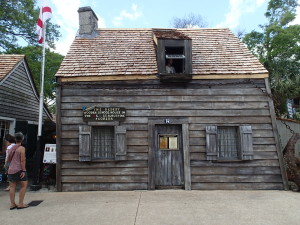 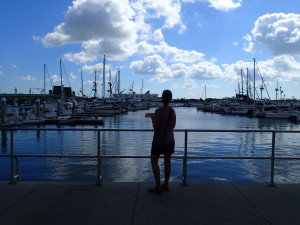 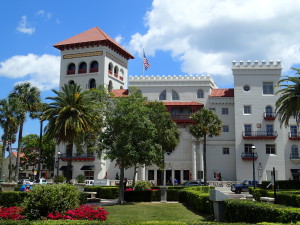 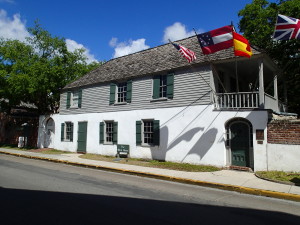 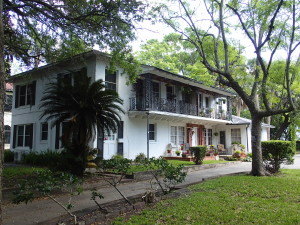 Last week on Tuesday night we finally left Santiago. Our mood was partly sad and partly excited. This, after all, was the unofficial End of our trip.

Maria and Rafael had been kind enough to drive us to the airport. We really had become good friends, had lots of laughs together and vowed to meet again. After an uneventful flight we arrived in Miami on Wednesday early in the morning. We took a cab right to the Cargo of Lan (Chilean Airlines) hoping that we would get our bikes, but of course they had not arrived yet. We were told that they might arrive on that day late in the afternoon, so for us too late to clear them from customs let alone drive anywhere anyway.

So next thing for us was to find an appropriate Hotel for the night. I can’t stress enough how friendly and helpful the staff at Lan Cargo was. A Peruvian guy, Carlos (I believe he works for a brokerage Company) offered to drive us to the Hotel mile at the airport, where we found a decent one and he also offered to pick us up the next day.

Here we were on North American ground again. After 7 months of South America so many times I wished for decent roads, decent traffic and decent areas for a change… now that all that came true I realized that this wasn’t really what I wanted either. It was all too perfect! It was boring! We were in the land of plenty again – increased waistlines, car size and storage facilities where people in North America store their excess stuff, what a reverse culture shock.

All of a sudden I wanted the chaotic traffic, the “potholed” roads and the South American people back. Yes, it was much more fun to zigzag in and out of traffic like everybody else! The only funny thing was, that everybody around us still spoke Spanish. Anyway, next day Carlos came by again and drove us to customs. We knew that the bikes had arrived the day before and were hopeful being able to get them cleared and drive away. Ha, fat chance!

The customs officer told us that it wouldn’t be this easy, told us what documents we needed and apart from all that we need a broker anyway. Bummer! I guess there was no way around it. So, first we drove back to Carlos’ office and thought about a strategy. He then mentioned that he knew about a broker in the same building.

That’s how we met Guy Lichtenstein, our broker, who helped us fill out all the paperwork and was quite positive that we would have our bikes by early afternoon. Our Carlos drove us to the next Wendy’s where we had a bite to eat together and also kill some time until the bikes were ready.

Well, ready they were right after lunch, so Ramon, another Peruvian, working for Guy, came to pick us up and by mid-afternoon we unpacked our “babies” re-assembled them and drove off happily towards Melbourne beach.

My idea of riding to the Keys was put on hold for now. We just wanted to get out of Miami and our friend Mark told us we could stay at his house in Melbourne beach. After much research on the Computer though next day, we realized that accommodation in the Keys was pretty darn expensive, not just Hotels/Motels but Campgrounds (which were actually ugly RV parks!) as well. So we abandoned that idea.

So for a bit more than a week we just hung out in this quiet spot, did a day trip to Cocoa Village and went to St. Augustine, which is apparently the oldest City in the States (founded in 1565). It has some nice colonial architecture, but also some grandiose Hotels, a legacy of Henry Flagler from the 1880’s. St.Augustine was also an important town during the Civil Rights Movement in the 60’s.

We are working on getting in shape again by playing tennis and exercising in the small health club every day. Not to forget the sun-bathing and swimming at the beach and at the pool.

Tomorrow we will finally get our act together and leave to ride home. The weather is looking much better further North so…this it! One last journey!

2 thoughts on “Back to the Land Of Plenty”