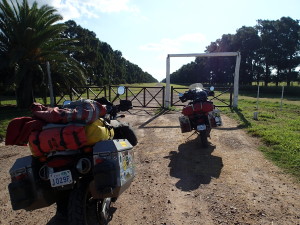 Entrance to the Estancia 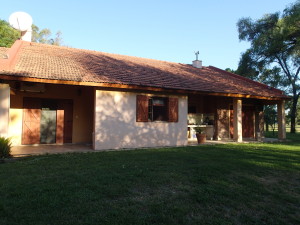 Estancia House, we had it just for ourselves 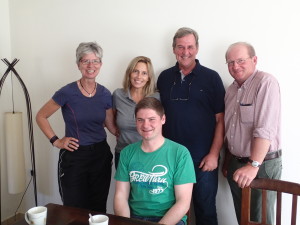 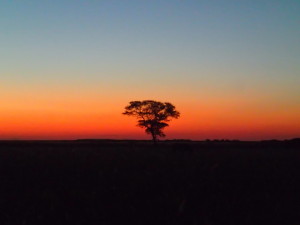 Sun set over the Fields of Plenty 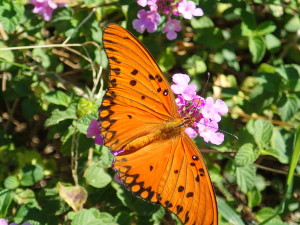 Butterflies are amazing in South America 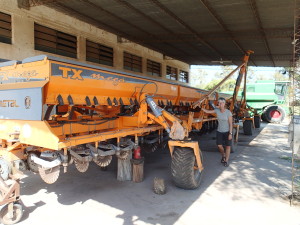 Farms are huge, they build those planters up to 40 meters wide 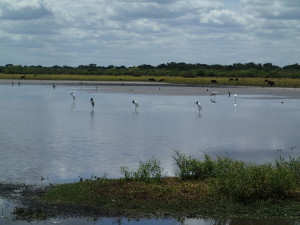 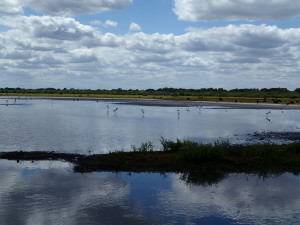 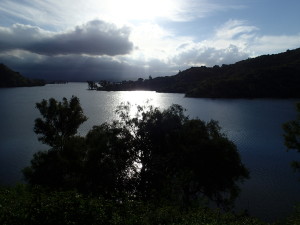 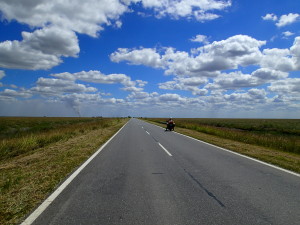 Endless sky over the agricultural landscape 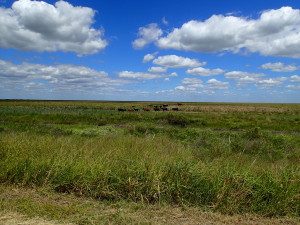 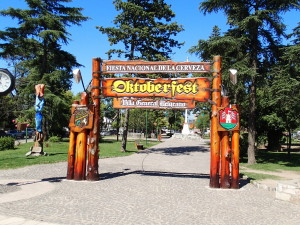 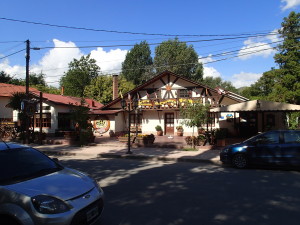 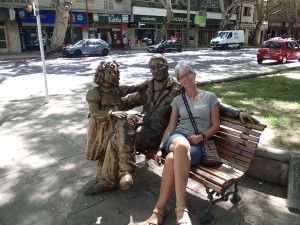 Having a good time again in Mendoza 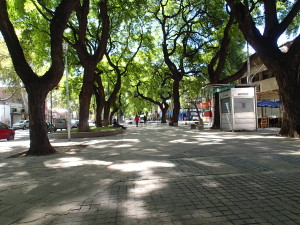 So many shade trees in Mendoza

Before we reach Santiago though I was curious to meet one of my (a little more distant) cousins. My Dad had a cousin who immigrated to Argentina with her husband in 1951. I had met her with 2 of her children once in Germany when I was young, so…ages ago!! I knew that Alex, one of her sons lives in Bandera, in the Province of Santiago del Estero and owns a large farm and cattle herd there and also manages different other farms for relatives from Germany. So that’s where we were heading. After leaving from Puerto Iguazu I felt miserable all day, I couldn’t get warm even though it was more than 25C and felt nauseous all day. I blamed it on the meat we had the night before!!

We rode through miles and miles of agricultural land starting with sugar cane fields and continuing with corn and soy beans wherever you looked. Several times we were stopped by military police and they were checking our bags. Apparently there is a lot of drug smuggling going on between Argentina and Paraguay and we rode just along their borders. Was a bit annoying having to take apart everything twice!

By late afternoon we reached Corrientes, a pretty ugly town. It wasn’t easy to find a decent Hotel/Hostel, but in the end we had to take an overpriced room in a scruffy, old Hotel. When the owner showed me the room I pointed to a little gecko, which had just rushed under the rug! He simply caught it and took it back outside. I was ready to step on it, but I guess they are harmless creatures!!

Anyway, at that point I didn’t care anymore but just wanted to lay down, because I felt feverish. Whatever it was, thank God went away with a couple of Ibuprofens. Next day I was ready to go again.

According to one of my cousins in Germany, in Bandera I was supposed to ask at the only gas station in town for directions to Alex’ house in town. The attendant knew right away who Alex was and we found the street where Alex lives but weren’t sure about the house. One guy I asked if he knew these people and showed him the names of Alex and his wife. He didn’t but took the paper with the names went inside his house and when I saw him in front of a microphone I realized that it was the local radio station and he just announced to the whole town, that there were 2 people on motorcycles looking for Alex and Pilar and that they should contact this number! Ha-ha nice try!! I still thanked him for his effort but the next neighbor I asked pointed to the right house. Well, no one was home, so this lady had to get her husband out of bed (oh well…it was siesta time!!!) so eventually we got directions to Alex’ farm.

Another 30km of “pothole infested” gravel road and we reached the front gate of Alex’ farm, but of course those gates are always locked and there was no way to get it open (not even with our adjustable!) So I had to climb over and walk down the alley, which looked endless.

Yes, there was the farmhouse, I knocked and there was Alex giving me a blank look! Ha, funny I explained myself and we both started laughing!

To make a long story short we had a great 2 days together. He introduced us to his family, wife Pilar and 2 of his kids, Theo (13 years) and Naomi (8 years). They all live in town now, because it is closer for the kids to reach school. Heinz and I spent 2 nights in the farm house, totally in the country. It was wonderful. Alex gave us a tour of his farm and we also met Berti and his son Phillip, my other cousin’s husband and son, who I still know from Germany. They own a farm here and were on their yearly visit.

Tuesday morning we said our good-byes and moved on. Another ride through straight road farm country in hot weather! We circumnavigated Cordoba and rode through Alta Gracia (apparently with a famous museum of the house where Che Guevara had once lived!) By late afternoon we stopped in Villa General Belgrano, a very German looking town. According to history at the beginning of the Second World War there was a war ship called Graf Spee, which was surrounded by british ships near Montevideo and the captain himself sunk it to save his men. He then committed suicide but all his crew settled in this town and “made” it look really German. Of course there is the yearly Octoberfest with big crowds coming from all over the country. Not that we were craving all this, but the surrounding area was just nice. After weeks of riding through flat lands and straight roads, we were back in rolling hills and…curves!!! Almost looked a bit like Heinz’ home area the “Eifel”. We chuckled at Hotels and restaurants with names like “Edelweiss” and “Kleiner Klaus”, but the streets and houses were neat and well kept. We stayed for 3 nights at a decent Hotel with a pool, strolled around town and enjoyed good food, ice cream and of course the German “Vollkorn” bread.

We‘re back in Mendoza since yesterday at the same Hostel, where we’ve been over New Year’s Eve (even in the same room!) Tomorrow we will ride back to Santiago and start organizing the transport of our bikes to Miami.

7 thoughts on “One Last Side Trip”